I’ve had a love for Japanese sewing books since I discovered them last summer. I stumbled upon them via Pinterest on day and spent many a day after that looking at the books online and reading blogs about how to sew a pattern when you can’t read what it says. When I discovered a couple were available in english, I ordered them immediately. Of course I was still intimidated by the books—the pattern sheets are layered and need to be traced and seam allowances need to be added. When You & Mie and Elsie Marley announced the Happy Homemade Sew-along, I knew this was the perfect opportunity to jump in. 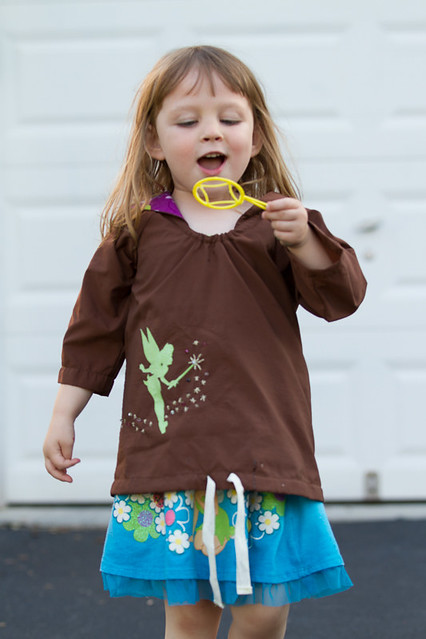 I’ve had the Happy Homemade Sew Chic Kids book for nearly a year and the Hoodie (Pattern S) has been high of my list of patterns to try. I had actually decided on the fabric for it about four months ago, but I hadn’t gotten around to sewing it. Also the fabric I wanted to use was brown and I wasn’t exactly sure how receptive little miss would be of a brown hoodie. When the sew-along was announced, I started brain storming on what I could do to make brown more interesting. My inspiration in part came from Heidi and Finn’s Elsa Tunic. I had decided tinker bell’s green would compliment the brown nicely and when we were at the fabric store looking for the right green fabric, we also found a purple tinker bell fabric that became the lining of the hoodie and a dress shortly.

So Japanese pattern books are laid out of bit different than what we are used to. The front of the book is filled with beautiful photography with the kids wearing the clothes and the back of the book is the instructions. The patterns overlay one another on the sheet and they are printed on both sides—this means you need to trace the pattern. Also, seam allowances are not included so after you trace the pattern, you need to include the seam allowances as well.

Overall, I really enjoyed putting together this pattern. The most difficult part was the neckline, but between the tips I had read to make the binding slightly larger and going out and buying the right size elastic. (The pattern called for 1/4” and I only had 3/8” on hand and that 1/8” made a huge difference in the fussiness of trying to get the neckline done.) I’m still very slow at sewing so it took me around 2 hours each day of the sew-along.

I have a pair of shorts and a dress cut out of the same fabrics. The hoodie and shorts will make a nice cover-up for after dance or gymnastics or swimming I think. 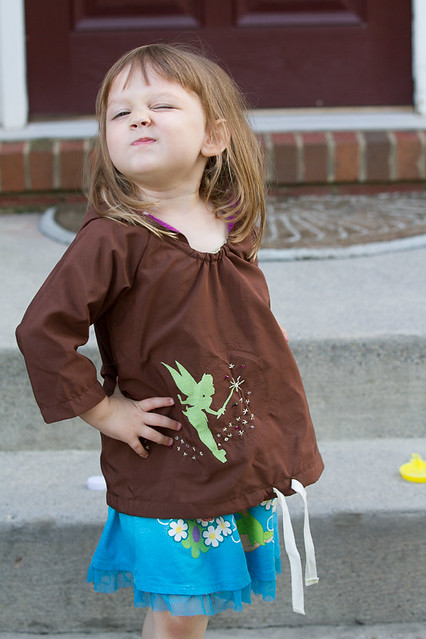 The sew along provides great instructions if you’re looking at making this pattern:
Announcing . . .
Where to buy the book
Hoodie Inspiration
Mixing it Up
Fabrics
What you’ll need
Schedule and Sew-along Prize
Day One
Day Two
Day Three
Day Four
Day Five 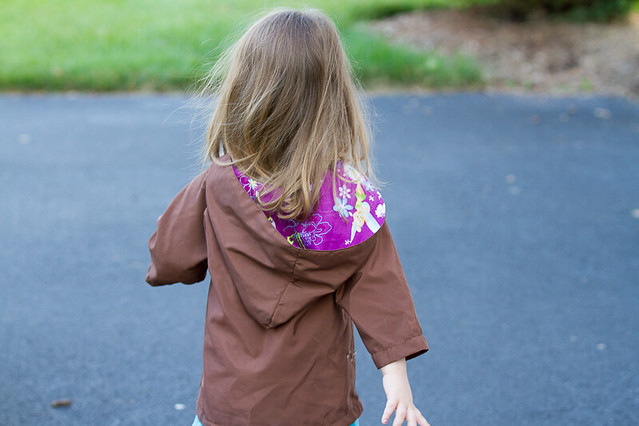