Little miss decided early on that she wanted to be Sheriff Callie for halloween. My initial thought was to use the same skirt pattern as last year and make a vest, but then when the MODKID Avery Sew-Along was announced, inspiration struck and I decided this pattern could be used for her costume. 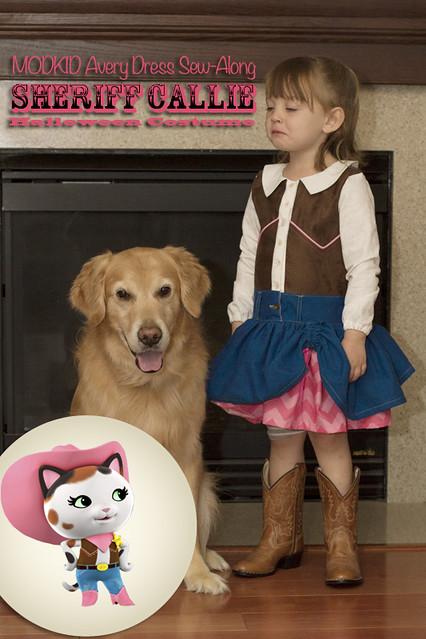 For those asking who is the Sheriff Callie, she’s the main character on a relatively new show called Sheriff Callie’s Wild West on Disney Junior. She’s a kitty cat, that’s a sheriff, and has a bird and a cactus as her sidekicks.

The last couple of years, her costumes haven’t felt finished because a white tee was just thrown under the accessories I made. Using the Avery dress pattern meant the costume would have had a more finished look. 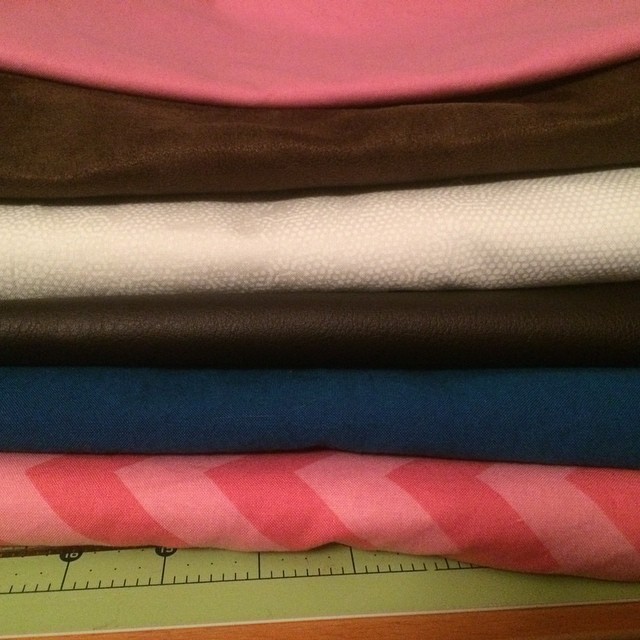 My initial plan was to make the top a solid color white with color blocking the blue at the bottom of the top as the jeans waistband in half hearted attempt that maybe the dress could be worn not as a costume. But she has enough clothes, so I figured I’d go all in and make the vest as part of the top. The pink piping “V”s were more of a challenge than I thought they’d be, but eventually we had a color blocked top. 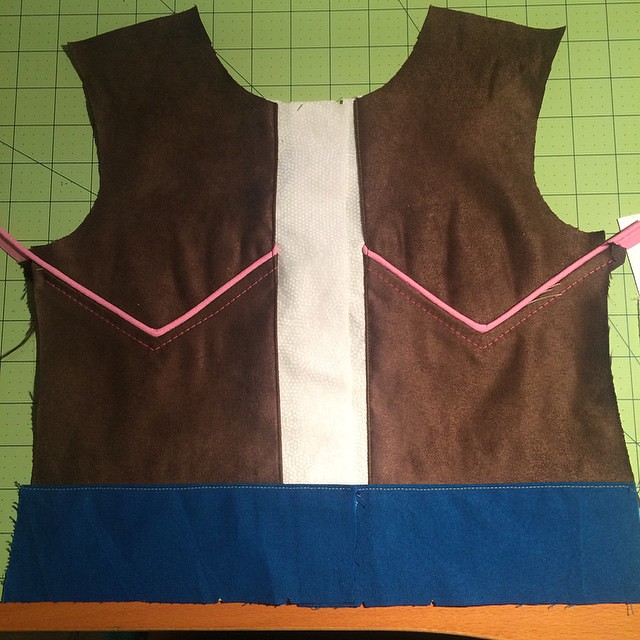 I was already set on doing the double layer skirt like the modkid Julia pattern with the pink Chevrons under the cobalt blue chambray so that was added. 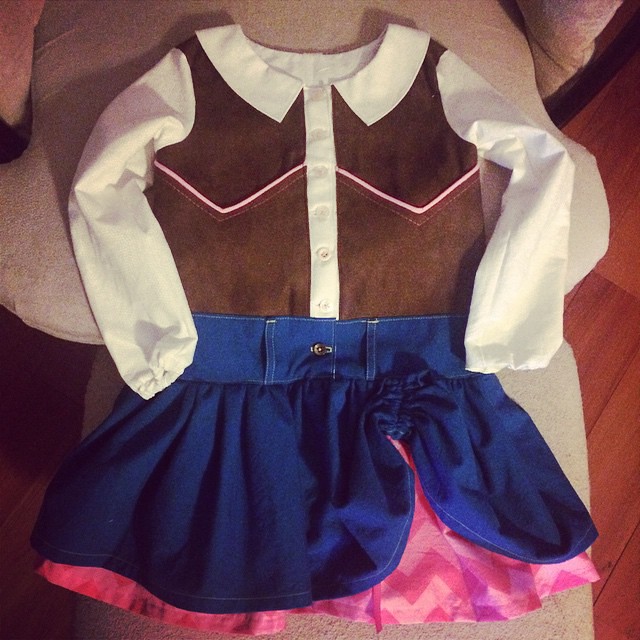 The final touches were Sheriff Callie’s accessories including, belt, scarf, and hat. The belt was sewn up using some leather looking vinyl and quilting cottons for the belt buckle and appliqué. The Scarf is a large square that I tried using a rolled hem for (other than the corners, it looks really nice — I need to figure out the corners).” 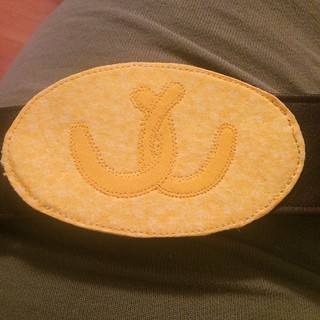 I sewed this up in a size 4 and it’s a perfect fit for her. I decided against using any stretch fabric, so unfortunately this won’t last for dress up for long. 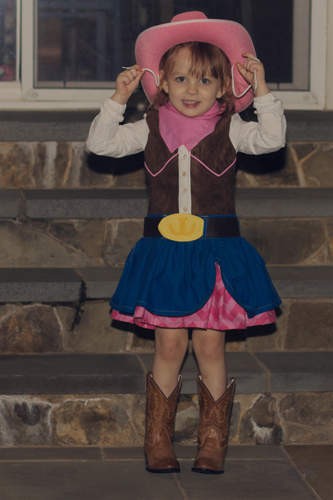 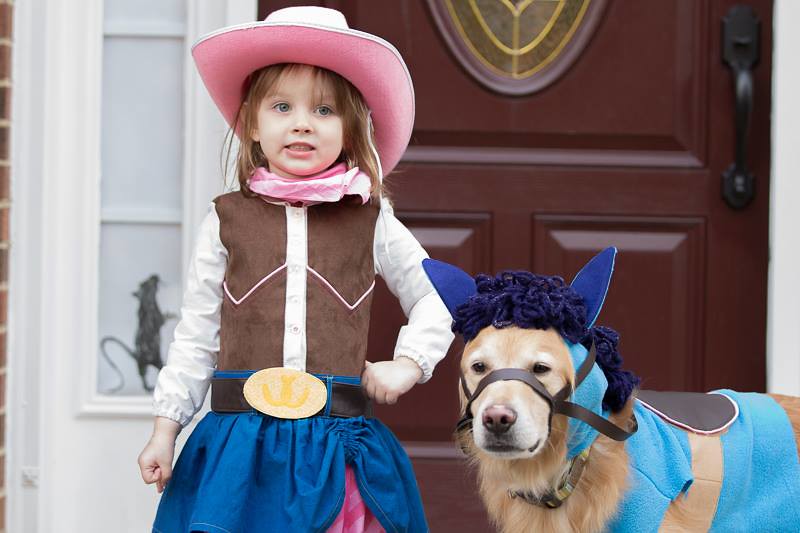 Of course the dog needed to be involved as well. So what better costume than Sparky, Sheriff Callie’s trusty sidekick.

Pattern
ModKid Avery
(Pattern Alterations – color blocking the top, squaring off the rounded collar, and adding the double skirt)
Fabrics (from top to bottom in picture above)
Notions